With over 2000 bike-sharing schemes currently operating across the world, it’s safe to say that this modern-day system of peddle-powered transportation does in fact work.

When people of a city or town utilize this service to its maximum potential, bike-sharing schemes can noticeably reduce the amount of traffic on their roads, which in turn has a knock-on effect in reducing pollution.

Pollution and traffic aside, choosing to cycle to work also does wonders for the body and the mind.

Even if it’s just a 10-minute cycle each way, every day, this cycle-commute will become your regular exercise, and help to keep you fit, healthy, and happy.

If your city already has a bike-sharing scheme or is soon to implement one, but you’re not really sure how it all works, we’re here to help.

In this article, we are going to answer every burning question you may have on the subject of bike-sharing schemes.

What is a bike-sharing scheme?

A bike-sharing scheme is a system where bikes and other single-person modes of transport are shared within a city or town.

Both tourists and locals are able to rent these bikes on a short-term rental period at a small fixed collection rate on top of a time/ distance travelled cost.

How does a bike-sharing scheme work?

Bike-sharing is a green initiative that can be very effective at reducing the number of cars on a city’s road, but how does it all work?

Although it sounds a little confusing at first, after your first time using your city’s bike-sharing scheme, you will realize that it’s actually incredibly quick and easy to function.

Relying on a system of self-servicing bike stations that are strategically placed across a city’s populated areas, bike-sharing allows people to check out a bike, cycle it across their city, and dock it at a bike station at, or near to their destination.

How do people rent a bike with a bike-sharing scheme?

As with most modern services, bike-sharing schemes work best when users download the app, become a member, and input their credit/ debit card information.

This will help users to take advantage of, and maximize the service to its full potential.

Most bike-sharing schemes will also allow users to rent a bike without the need of becoming a member or downloading the app, by simply using their debit/ credit card to access a bike.

This is particularly handy for tourists who are looking to rent a bike as a one-time service and don’t want to have to download an app for their efforts.

Paying with coins or cash is never an option for bike-sharing systems because without a debit/ credit card payment the scheme would have no insurance if, for whatever reason, a user lost, stole, or damaged one of the bikes.

Why is bike-sharing a good idea?

Bike-sharing is a beneficial initiative for a number of reasons, but none more so than reducing vehicle emissions.

City councils and governments that put worth in creating safe and smooth environments for people to cycle in now, will be reaping the rewards as they move into the future.

Another benefit to bike-sharing is transport flexibility for people.

The ability to cycle into the city centre, dock their bike, and get a taxi or bus home later is a very cool concept that is not possible with a personal bike.

Bike-sharing is also great for people who don’t cycle often and can’t justify spending money on a bike of their own.

They are able to take advantage of their city’s bike-sharing scheme by being able to cycle for a fraction of the cost of purchasing and maintaining their own bike.

It’s real, fuel prices are rising, so by ditching the car for a city bike, people will be able to reduce their fuel consumption, and subsequently, their fuel costs.

Also if people really get into the spirit of sharing bikes, take pride in them, and treat them as their own, they will feel a joint connectedness between other users, and their city.

Can you rent an electric bike with a bike-sharing scheme?

The shift toward electric modes of transport within cities has meant that some bike-sharing schemes are now offering electric bikes in a push to get more people using them.

It’s no secret that bike-sharing peddle-powered bikes are often a little cumbersome and heavy, which is why electric bikes are going to play such a big part in the future of these schemes.

Giving people the opportunity to get to where they’re going faster without so much exertion will open up the scheme to more users and become a more valuable system as a result.

What other modes of transport do bike-sharing schemes use?

There are now bike-sharing schemes around the world where users can rent electric scooters as part of the scheme too.

Scooters are great for people without much cycling experience who maybe don’t feel comfortable travelling around their city by bike, but would feel more relaxed on a scooter.

The ability to quickly step off of a scooter means it requires less confidence to ride. And, again, this will open up these schemes to more users, which, in the end, is what it’s all about.

Bike-sharing is just one cog in a larger push towards cities shifting to a greener means of living.

This means we all need to play our part in moving toward a world that is less reliant on fossil fuels, where greener modes of transport are more accessible and normalized.

We hope this article answered some of your questions about bike-sharing schemes, in the hope that you will be able to use and benefit from one soon. 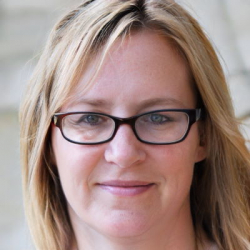